If you're one of those people, you'll be relieved to know that an unreleased version of Open Live Writer 0.6.2.287 has address this problem and reflects that the problem is solved in the next official release.

The resolution was tracked in this GitHub forum post.

The post details out the process of reporting the problem and the additional steps that were taken to resolve the issue. 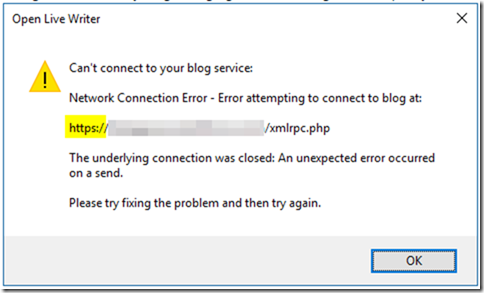 Scott Lovegrove provided a test release of Open Live Writer to the member that was having a problem, and after installing and testing, the user confirmed they could post again.

If you're having problems with Open Live Writer, check out the support forms at GitHub.

I hope this helps…

Email ThisBlogThis!Share to TwitterShare to FacebookShare to Pinterest
Categories Bug, How to, Open Live Writer 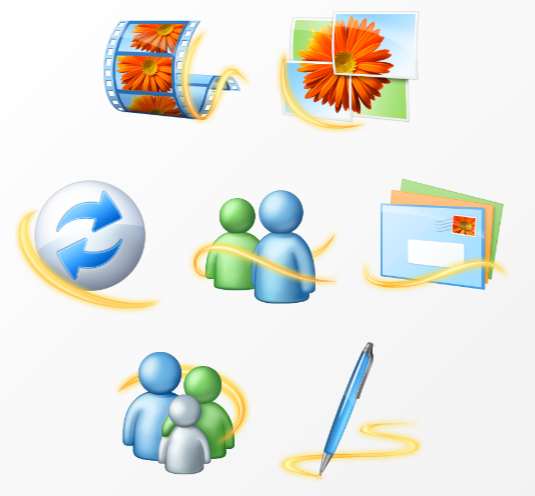 The other day, it dawns on me that Microsoft has killed all their download links for Microsoft Windows Essentials 2012.

This was a slight problem because I was going to get my son started with doing some video editing with Windows Movie Maker 2012, but the download links were gone. Luckily, I keep a lot of the installers I download; that included the last full installer of Microsoft Windows Essentials 2012.

Since the death of Windows Live Writer, the Open Live Writer dev team has given it a new life and  making small improvements over the past year. While there has been some improvements, the application is still has a lot of the old dependencies.

Take for an example, in a recent forum post an user posted an error with using the Blogger service; saying he was getting error 501.

Open Live Writer 0.6.1.0 is available at the Windows Store

The latest version of Open Live Writer can be found on the Windows Store. Just do a search for Open Live Writer. The application will be installed and should be available for automatic update as they're issued.

Read more »
Posted by Unknown on Thursday, February 09, 2017 No comments: Links to this post