Windows Movie Maker 2012: How To Remove Audio From A Video

The answer is actually pretty simple, but since Microsoft doesn't provide a user manual  for Windows Movie Maker 2012, it's left up to the users to try to figure out how to accomplish this.

Most can figure out how to work with the audio simply by poking around in the application,  but obviously it would be easier if there was a user manual that tells you what to do. Users can also visit the Windows Movie Maker support forums by submitting their questions and hoping that other users or a support representative will assist…

The purpose of this blog post is to explain how to use the Video volume/audio mixer in Windows Movie Maker.

Make sure you have the current version…

If not already, download the latest version of Windows Movie Maker 2012-
you can download it from here.

How to adjust video volume…

You'll want to open up Windows Movie Maker 2012, load up all the video files or the video project the you're working with…

With the standard view of Windows Movie Maker 2012, the preview is on the left and the storyboard is on the right. Selecting the video is easy, you just double click on the video selection; if you want to select all of the videos you can use the mouse with the rubber band function or you can use the traditional function of CTRL-A on your keyboard. Using CTRL-A will select everything [for all] on the storyboard.

For this particular example, I'm only going to select one video. 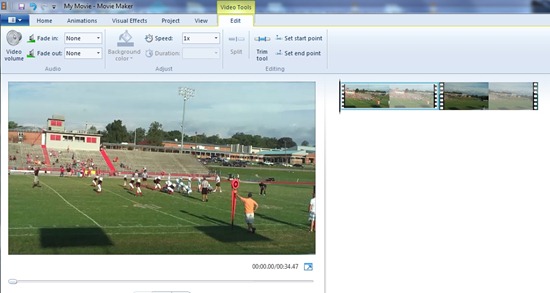 Once I have the video selected, I double-click on the video and then in the top left-hand corner options for editing that video should appear. One of those options is the 'video volume' [also known as the audio mixer]. 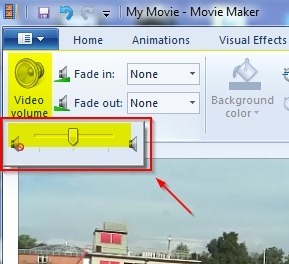 At this point, you can choose the option to save your video without any audio, or you can add an additional soundtrack or narration to the video.

But what about just one section of a video?

Periodically, the question comes up in the support forums how to remove audio from a portion of a video; but not all of the video, just a small portion. The problem is that Windows Movie Maker 2012 doesn't allow for sections of video to be easily adjusted for audio control. When the video volume is adjusted, it's adjusted for the entire video clip. So in order to adjust the video volume for a particular section of a video, portions of the video have to be split out.

The quick answer is that you're still going to have to use the audio mixer and remove the volume/sound from the video, but before the audio section of a video can be adjusted it'll have to be split out of the original video.

In this example, I have one video selected on the right. What I'm going be doing is splitting this video into three pieces and then for the center part that's been cut out I'm going to be lowering the volume in that section so that no audio from that portion of the video can be heard. 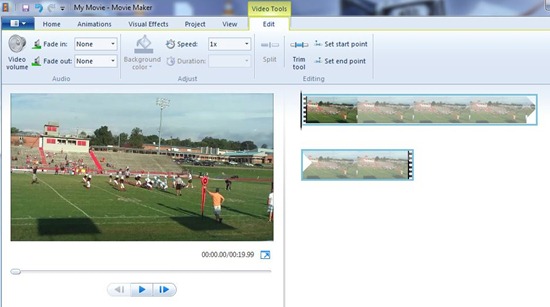 This gave me three individual pieces of video.As I mentioned above, in this example the middle section is going to have the audio removed by adjusting the video volume.

Remember, adjusting the video volume of a video clip in Windows Movie Maker 2012; it adjusts the volume of the entire video clip.

You can submit your questions for support from Microsoft here:
http://answers.microsoft.com/en-us/windowslive/forum/moviemaker?tab=all

I hope this helps...

Email ThisBlogThis!Share to TwitterShare to FacebookShare to Pinterest
Categories How to, Windows Movie Maker 2012